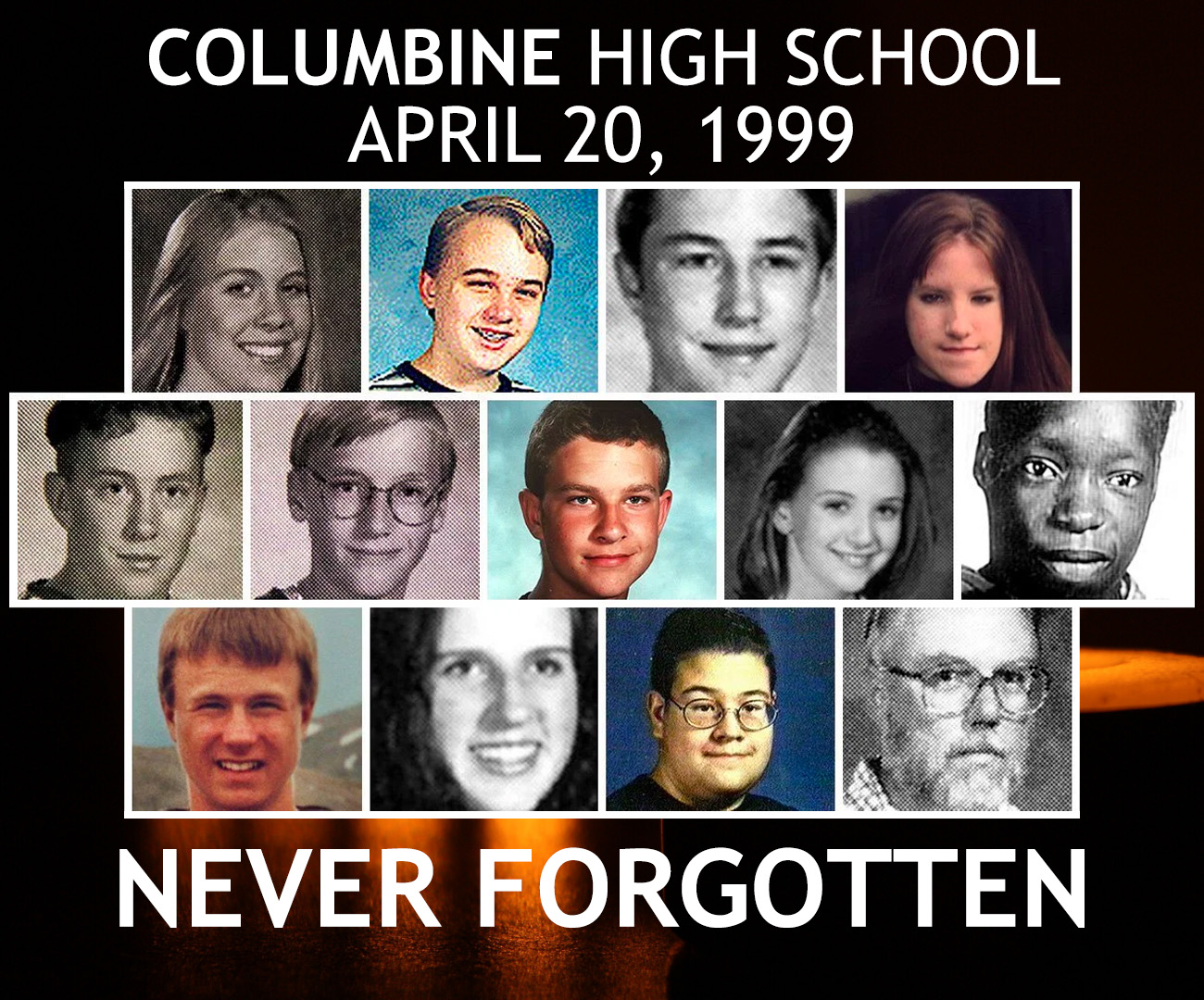 On Thursday, June 16, 2022, I was privileged to address 75 police chiefs and associate members of the Bergen County Police Chiefs Association (BCPCA) in Haworth, N.J.

My remarks were titled, “Echoes of Columbine: School Violence Awareness and Prevention, II of II.”

As liaison for the BCPCA on issues of leadership, violence prevention and public safety, I have shared monthly remarks to the association for the past 20 years.

During that day’s event, Part II of a 30-minute FBI video titled “Echoes of Columbine” was summarized with some of my own insights.

It should be noted that the article is written in concise style as for a speaker’s remarks.

The remarks began with a quick review of Part I presented on April 21, 2022 to the BCPCA:

The Columbine Effect: The psychological empowering of other shooters, inspired by Columbine — an active shooter incident unfolding real time on international TV. Columbine has inspired more than 100 copycat attacks.

Manifestos (Theatrics): Writings or video crafted to portray themselves as godlike or a heroic avenger, thus the reason for the attack. These manifestos and theatrics are often laced with legacy tokens, which is the offender’s way of claiming credit.

My remarks continued with new material, both from the video, as well as my own insights based on presentations nationwide and extensive published works since Columbine, which took place on Apr. 20, 1999:

ZERO TOLERANCE: This is an often exaggerated response to harmless objects such as nail clippers, water pistol, finger pointing and water pistols, with suspension or termination without reason.

Threat Assessment (More Effective): Is the person a threat? Are they on the path to violence? Do they have access to weapons? Or are they talking about accomplices making threats?

The threat assessment by a team must be a collaborative approach by numerous disciplines, including security, mental health, administration and law enforcement.

Anyone on the radar with substantive concerns (or a proclivity to violence) demands immediate intervention by the threat assessment team and/or law enforcement.

During my remarks, I also shared a synopsis of the “Preventive System of Education.” In my opinion, this pedagogy is critical for American schools.

PREVENTIVE VS REPRESSIVE SYSTEM OF EDUCATION

There is the repressive system that makes rules known, watches for transgressions, and is quick to discipline a student by inflicting condescending correction and punishment. The errant zero-tolerance policy in so many schools is an example of a repressive system — rigid, bureaucratic, and impersonal.

The better pedagogy is the preventive system of education. In this system, educators are vigilant in a caring manner and offer patient guidance from the heart consistent with kindness, character and reasonableness.

The preventive system of education builds trust, respect and connections with students and the community. This pedagogy is the opposite of a zero-tolerance approach. The preventative system responds to concerns with measured interventions that promote reasonableness, dignity and respect.

The repressive system is dictatorial and may temporarily stop a disorder or a warning sign, but will not inspire students or properly remedy the issue.

The preventive system speaks the language of the heart and is transformational. It provides speedy intervention to warning signs due to the educator’s dedication, presence and corrective follow through.

Communities must prepare and be collaborative — build bridges and continually fortify them.

Bridges Within The Community: This must include peers, teachers, students, law enforcement, mental health, elected officials, janitorial and cafeteria staff, school bus drivers, crossing guards, security and school resource officers. All of these individuals must be included in professional development programs for American schools.

I also shared these alarming statistics from the Gun Violence Archive website[i]:

PART I OF II, ECHOES OF COLUMBINE: SCHOOL VIOLENCE AWARENESS AND PREVENTION, DELIVERED TO THE BCPCA ON APRIL 21, 2022 IS AS FOLLOWS:

On Thursday, April 21, 2022, I was privileged to address 90 police chiefs and associate members of the Bergen County Police Chiefs Association (BCPCA).

My remarks were titled “Echoes of Columbine: School Violence Awareness and Prevention,” and were delivered in Alpine, N.J.

During that day’s event, I summarized a 30-minute FBI video titled “Echoes of Columbine,” and added some of my own insights.

The remarks shared today are as follows:

Since this week was the anniversary date of Columbine (Apr. 20, 1999, 23 years earlier) what have we learned?

Columbine resonates with a new breed of shooters. It inspired a cult-like following and a twisted blueprint to follow or surpass.

The Columbine Effect is a psychological empowering of other shooters. Columbine is their inspiration. It was one of the first active shooter incidents that unfolded in real time on international TV.

The two killers screamed their rage and received worldwide attention. Columbine is the template that has inspired more than 100 other copycat attacks resulting in:

PATTERNS AND BEHAVIORS OF A SCHOOL SHOOTER

Apparently, there is no typical profile but there are common patterns and behaviors of a school shooter.

The FBI profiling unit’s conclusion is that profiling does not work for school shooters, but studies throughout the last 20 years show many school shooters share common characteristics, as follows:

Twenty-five percent of attackers had mental health diagnosis prior to the attack.

Ninety percent have of some evidence of suicidal ideation.

Another catalyst, inspiration from previous attacks, is drawn from not just an interest in the attacks but a pathological fascination supported by research, articles and video clips.

The Oregon Community College shooting (Oct. 1, 2015) left nine dead and eight wounded, then the shooter’s suicide. The shooter was hospitalized multiple times for wanting to harm others. Like the Virginia Tech shooter, he prepared a manifesto, instructing to deliver his to law enforcement.

His warning signs — Unbridled anger; false sense of entitlement; hopelessness; loner; no job; the world was against him, and a fascination with Columbine.

Shooters become desensitized to violence and dehumanize others. They are merely statistics.

After Columbine, I was privileged to travel the nation speaking with Jefferson County Sheriff’s Dept. Spokesperson, a former tough motorcycle cop. When he was unable to watch the shared video coverage of Columbine with the audience, he would leave the assembly. He knew some of the students and families and was devastated to be reminded of the violence.

Since 1999, I have been privileged to travel America addressing issues of school violence awareness and prevention.  These concerns have also been covered in scores of published works, as well as my books “Listen To Their Cries” and “Reawakening America.”

Today, I would like to thank the BCPCA for allowing my insights to be shared, so we never forget, and that we work together to prevent additional tragedies. 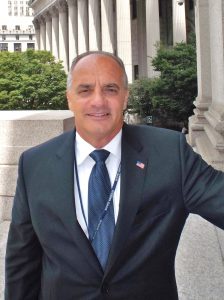 Vincent J. Bove, CPP, is a national speaker and author on issues critical to America with over 300 published works. His most recent books are “Reawakening America” and “Listen To Their Cries.”

Bove is recipient of the FBI Director’s Community Leadership Award, former confident of the New York Yankees, and served as spokesperson for a coalition of Virginia Tech tragedy families of victims.