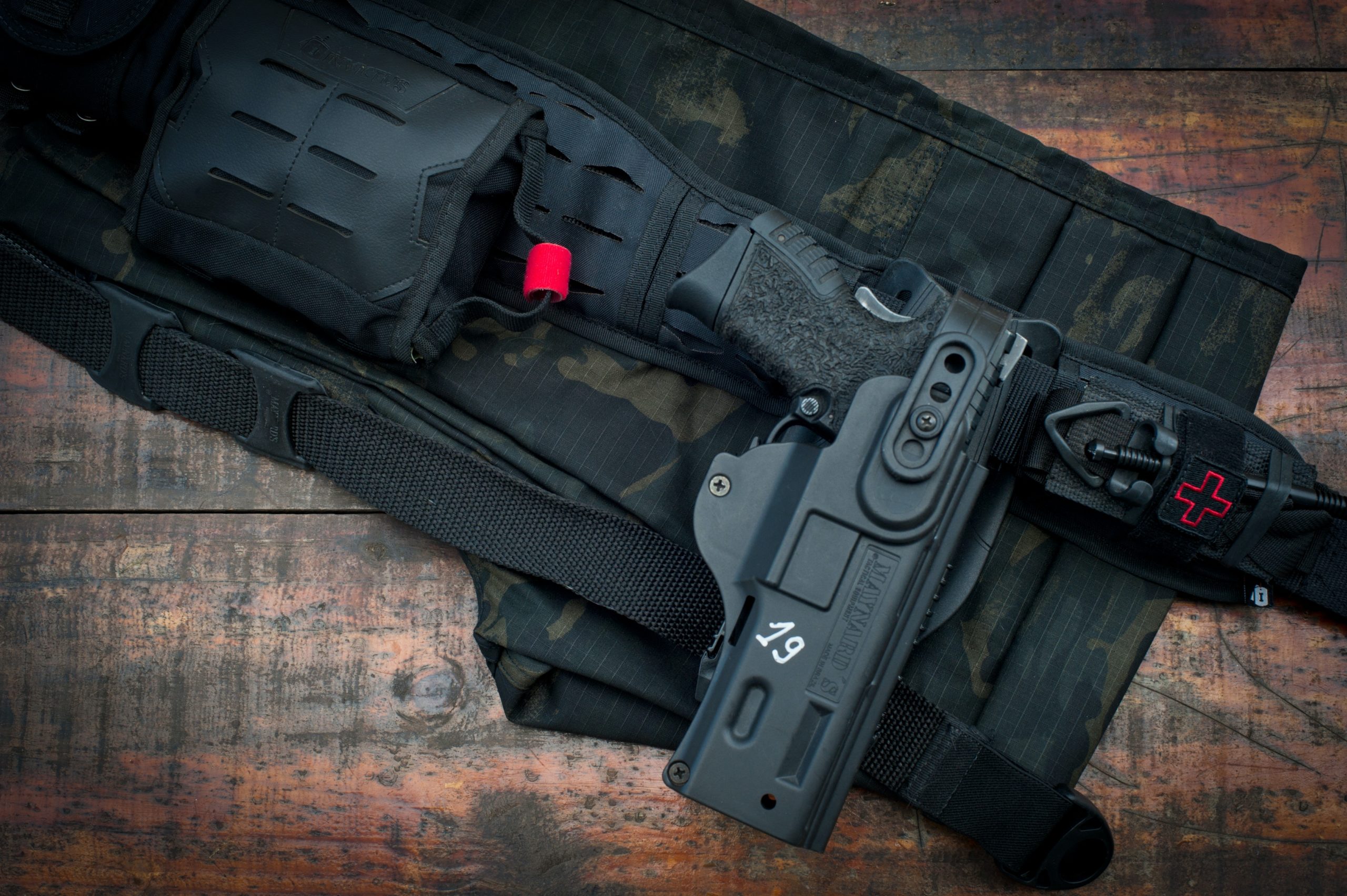 The debate over gun control never really stays dormant for too long; all that is needed for it to erupt is yet another mass shooting. Some of the latest shootings have sparked much more deliberation than in the past, possibly because of several high fatality incidents occurring within days of each other.

On May 14, 2022, at a Buffalo, N.Y., supermarket, in a racially motivated assassination, a gunman targeted and killed ten African Americans and injured three others. A little more than a week later, on May 24, 2022, an 18-year-old gunman wielding an AR-15-style rifle killed 19 children and two teachers at Robb Elementary School in Uvalde, Texas. On June 5, 2022, multiple shooters opened fire on partygoers exiting a nightclub in Chattanooga, Tenn., leaving three individuals dead and at least 14 others injured. These shootings empowered President Biden to sign into law the first major gun safety legislation passed by Congress in nearly 30 years.

On July 4,2022, a gunman in Highland Park, Ill., killed seven people and injured dozens more during the annual Fourth of July parade. Recently, several in the community of this affluent northern suburb of Chicago have hired a litigation firm to sue gunmakers, particularly Smith & Wesson. The lawsuit claims that Smith & Wesson and other firearm companies illegally target young men (at risk of violence) [U1] with advertisements for firearms; as such, firearm companies use marketing and sales practices to promote and sell an image that caters to and attracts individuals just like the shooter. A similar approach was taken in the lawsuit filed after tragedy at Sandy Hook Elementary School, which received a $73 million settlement from the Remington firearm company.

For more than 15 years, the 2005 Protection of Lawful Commerce in Arms Act, or PLCAA, has provided gun companies with immunity to lawsuits over gun crimes and preempted liability under state negligence law. In the last three years, some states, after finding a loophole in the PLCAA, have filed or are contemplating filing lawsuits against gun manufacturers. One of these exceptions for violations of state law showed that gun companies could actually be held liable for violating certain state advertising and consumer protection laws. This narrow exception has allowed some lawsuits to move forward. The U.S. Supreme Court has decided not to address these types of cases thus far, so the decision, for now, will rely on what state and appellate courts rule.

To some segments of society, having more gun control laws and initiating lawsuits against gun manufacturers will not only ease their fears but should decrease prolific mass shootings dramatically once guns are removed from the hands of certain individuals. They believe that guns are too easily obtained, and by making them extremely difficult to acquire, streets will become much safer. They also believe that the main culprit is the so-called assault weapon, which should only be owned and operated by members of the military and specialized police units like SWAT.

The AR-15 has been identified by anti-gun activists as the “weapon of war” that is the greatest threat to society. “The bullet from a handgun is slow compared to that from an AR-15,” The Wired[U2]  reported in 2016. “It can be stopped by the thick bone of the upper leg, but the bullet from an AR-15 does an entirely different kind of violence to the human body. Its’ relatively small, but it leaves the muzzle at three times the speed of a handgun bullet.”

The article also stated that the AR-15 was designed to kill people. The same can be said about bows and arrows, swords and grenades. The reality is that the AR-15 can no doubt kill a human being, but it is mostly used for deterrence, target shooting and hunting. According to the FBI, in 2020, handguns were involved in almost 60 percent of U.S. gun murders and non-negligent manslaughters. Assault rifles were involved in 3 percent of firearm murders. Other types of firearms made up the remaining percentages.

The world is full of people and organizations with good intentions. It is difficult to find any well-intended government policy that did not result in some serious consequences. For example, in the 1960s, the Food and Drug Administration regulated pharmaceutical drugs by requiring them to be not only safe but effective for a particular use.

The consequence that resulted was that each new drug now had to go through an unnecessary red-tape process before it became available, creating unintended consequences that resulted in many people dying or suffering for years until the drug was released. In contrast, COVID drugs were an exception when they were expediently pushed through the typical nonsensical process due to the public’s fear that the virus caused. If there had not been such an outcry, those drugs today would still be in the processing stages.

Of course, the best example of government intervention was Prohibition, which began in 1920. Making alcohol illegal was a major error in judgment. To say that banning alcohol caused serious consequences would be an understatement. Previous attempts to outlaw the use of alcohol had failed prior to the passage of the Volstead Act, but that didn’t stop do-gooders from trying it again.

Nothing was learned prior to Prohibition. Back in 1844, a small town in Massachusetts decided it was a good idea to prohibit alcohol. Many people in that town, including tavern owners, circumvented the law by using creative processes. For instance, one tavern owner charged patrons for the price of seeing a striped pig, which filled up the tavern with thirsty patrons. The paid admission included free drinks.

In 1851, Maine outlawed the manufacture and sale of alcohol; a few years later, rumors began to spread that the Portland city mayor and outspoken prohibitionist was keeping a substantial supply of alcohol for medical and mechanical use (which was authorized under the Maine law). But that did not stop a riot from ensuing in Portland. The so call “Rum Riot” eventually ended Maine’s prohibition.

In the Prohibition Era, a future was envisioned in which citizens would use their hard-earned cash not for booze but for clothing and household goods. It would be a future where people would go to theaters or find other ways to entertain themselves without alcohol. Developers would turn defunct saloons into other venues or convert them into housing. It was a utopian dream.

The reality was that not only was there a decline in amusement and entertainment, but restaurants failed because they could not make a profit on alcohol sales. It led to the elimination of thousands of jobs at breweries, distilleries, and saloons, which had a domino effect. Thousands more jobs were lost (barrel makers, truckers, restaurant service people and other related trades).

Of course, any discussion on Prohibition must mention possibly the most consequential effect; police corruption and the rise of infamous gangsters. Poorly paid federal agents and police were susceptible to corruption, as were judges and politicians. A large portion of public officials were financially supplemented by crime syndicates. The leading gangster of the Prohibition Era was undoubtedly Al Capone. Gang killings spiked during the Prohibition Era, and at times there seemed no end to it. Fortunately, it does end, with Capone dying in prison, and Prohibition finally being repealed.

If policymakers decided during Prohibition to also ban all firearms, how likely would crime syndicates succeed in their criminal activities? Would Capone and his cohorts give up the idea of profiting in the manufacturing and sale of alcohol? Highly unlikely. Gangsters would have still found different ways to operate their illegal operations regardless if guns became illegal. They would still be able to obtain firearms and also use other weapons for intimidation and murder, because firearms do not create criminals or crimes. Mass shooters assassinate law-abiding or vulnerable citizens not because they have access to weapons but because they have a criminal and malicious way of thinking. If the solution is to eliminate certain firearms and certain assault rifles to curb crime and stop evil people, then it is clear that past failures have taught some of us nothing.

Another well-intentioned solution that gun control advocates have been pushing are the Extreme Risk Protection Orders (ERPOs), often called “red flag” laws. These laws allow judges to deny individuals suffering from mental illness (or if the court deems they may present an imminent risk of harm to themselves or others) from obtaining any legal firearm. This law followed a wave of adoptions in the wake of the Parkland murders.

Such orders are now authorized by law in many states and the District of Columbia. It is obvious that red flag laws, along with other alleged good intention proposals, place in jeopardy citizens’ Second Amendment and due process rights. This serious due process concern deprives citizens of their property and rights without having been formally charged, arraigned or convicted of a crime; without a doubt, red flag laws violate constitutional rights.

There are two views regarding the interpretation of the Second Amendment. The first is that the Second Amendment prevents a professional standing army in the United States and is not intended to grant a right for private individuals to keep weapons for self-defense. The other is that citizens have the right to bear arms.

The U.S. Supreme Court majority decision sided with the second interpretation, but this decision has not stopped anti-gun activists from attempting to find a loophole or another way to take guns away from law-abiding citizens.  Some of these groups believe that gun violence takes place primarily due to individuals who are suffering from mental illness. They believe that more restrictive gun laws, stricter mental health regulations, better treatments for the mentally ill and more counseling would reduce gun violence in the United States.

The problem with these well-intentioned proposals is that certain segments of society would, unfortunately, be the recipients of [U4] these laws. Black Americans, who unfortunately represent a high percentage of incarceration, may avoid being sentenced to jail by ways of diversion or bail, but they would be the largest section of society diagnosed as mentally ill, and not because of genetics. They would be more likely to suffer from mental illness because this group’s higher incarceration rate would place them in a position to be screened more for mental illness than other groups that have less contact with the criminal justice system.

A court-appointed psychologist or psychiatrist’s diagnosis would be enough to bar an individual from possessing a firearm. These mental illness professionals are also prone (like everyone else) to cognitive bias, which would undoubtedly prevent them from providing an objective diagnosis. It is also very difficult and very time-consuming for a mental professional to come to an accurate mental illness evaluation in such a short time.

Sometimes the best solution may be the simplest (Occam’s Razor). In some situations, we should curtail or avoid trying to find answers to what we may think are complex solutions to a problem and focus on what has worked in the past. If gun violence is the problem, eliminating some firearms, making them harder to purchase, screening citizens for mental illnesses or passing red flag laws do not seem to work any more than prohibition did. Maybe we should be looking at why there were fewer mass shootings 30 years ago when the overall crime was higher during that era. Or maybe it is time for the majority of politicians and policymakers to make an actual effort in supporting a law-and-order philosophy in which law enforcement officers can actually arrest offenders, courts actually prosecute and mete out long sentences for them, and corrections officials keep them incarcerated.