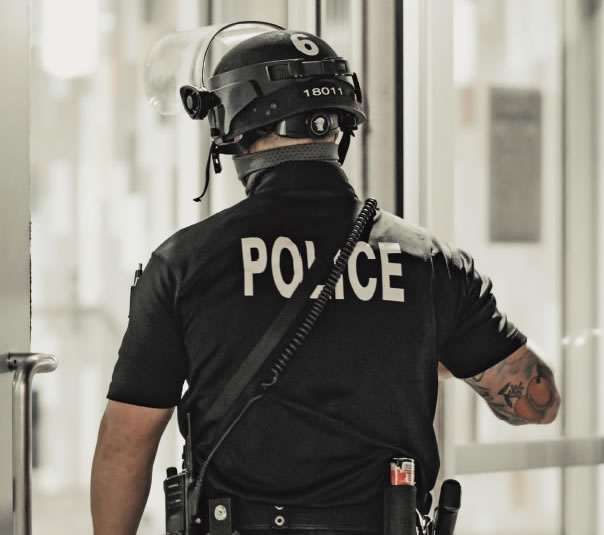 The familiar “The police are the community and the community are the police” maxim from Sir Robert Peel has come under scrutiny in the post-COVID era. Because of anti-police and defund-the-police campaigns, along with other societal variables and the standard qualifications, police administrators are asking, “Where are the candidates?” The hardship of finding qualified police applicants is being realized throughout major cities, in outlying residential communities and along coastal areas where population fluctuations occur during tourist seasons.

Previous police recruitment came from the military, those interested in public service, within criminal justice programs at colleges and universities, or through family traditions. It was illustrated as an honorable profession that appealed to former armed services personnel who were looking for a career that required a level of regiment and integrity.

Others see police work as a calling. It is a means of being part of a community and not apart from it. Service and problem-solving are appealing tenets to obligatory-minded persons. The altruistic desire of wanting to help others is authentic to many. Still further are those who come from generations of law enforcement and first responders. Larger cities, especially those on the East Coast, witnessed parents passing the torch to sons and daughters. It was a proud tradition to see children graduating from academies and being sworn in to serve the next era of a community.

Criminal Justice programs at colleges and universities became a popular academic discipline in the 1970s, after the Law Enforcement Education Program (LEEAP) — part of the Omnibus Crime Control and Safe Streets Act (1968) — called for the improvement of policing and addressed higher standards in recruitment and increased training. Police officers were encouraged to earn a degree, and federal funding was provided to cover tuition costs. Economic incentives were also given to those who earned undergraduate and graduate degrees. Some agencies considered educational levels as part of the advancement process.

These trends, however, appear to have shifted. In business terms, there is a shortage in the supply chain. There is a shortage of viable candidates. Instead, there are too many individuals who would not meet the minimum requirements, aren’t interested in law enforcement or have been impacted by the negative media publicity toward the police. Explaining this phenomenon is complex but much has been attributed to anti-policing campaigns, defunding the police, lower enrollments trends in universities nationally, and officers leaving urban police agencies for safer, less violent suburban communities.

Anti-police campaigns were common during the 1960s when people were questioning social and justice institutions. Rioting and legal protests brought clashes between the police and demonstrators. The most recent rallies and marches, however, saw more violent actions directly toward police. Police vehicles were damaged and burned, bricks and glass bottles were thrown at law enforcement, and police stations were occupied, vandalized and set ablaze by activists.

Calls for defunding the police were shared throughout communities. Distrust of criminal justice escalated as the nation observed federal buildings being attacked by the populace. Knee-jerk responses to events involving the police and the public were seen on social media and national broadcasts. Commentary against law enforcement became the norm. Some saw it as a war against the police.

The impact is seen in the challenges of recruiting qualified and enthusiastic candidates who believe policing remains a righteous and well-intentioned career. The negative actions of a few have been attached to policing as a group. In almost any other context, this form of bias would never be acceptable.

The reduction of skilled candidates cannot be sustained in any line of work. For policing, the standards are high and problematic for many applicants to meet. The job is physically difficult, psychologically demanding and requires commitment and dedication under danger and adversity.  Further, police agencies should be reflective of the community. Meeting these demands can be accomplished by promoting the benefits of being a police officer and through creative recruitment strategies.

It is imperative to have the community engaged with the recruitment process and involved in future partnerships. A systematic information program should be developed to encourage potential candidates to apply for consideration. The traditional information networks need to be revised to take advantage of social media outlets and to develop new strategies to find new employees.

One example would by radio commercials — short radio announcements that can be heard on stations other than the ones that are standard for a particular region. What does this mean?  Advertise on secondary radio outlets that are more regional and draw from surrounding communities familiar with the agency. These messages can be expanded to social media outlets that provide bands of information alongside Facebook and TikTok. LinkedIn delivers a cost-effective means of sharing information that others have an interest in. It can also help you connect to others with similar interests. Utilize networking as it was intended.

Law enforcement has done well during the past fifty (50) years to screen out individuals for potential employment. The future requires the profession to look at methods to screen-in candidates to transform the attitudes that exist throughout the country about policing. How can this be done? Current standards should be revised to screen-in a greater number of candidates with experience in all aspects of a community, promoting speaking and analytics as well as the traditional physical agility and mental stamina to endure the hardships of adversity that will present itself.

Perhaps equally as important is education at both two- and four-year institutions of higher learning. Currently, many institutions are utilizing virtual platforms such as Zoom, Ring Central, or BlueJeans. Requesting to address not only criminal justice related classes but also liberal arts and computer-related classes provide additional potential of candidates. Although criminal justice is the premier degree for police officers, there may also be a need for students focused on information technology, communications, psychology, human resources and physics.

Lastly, building trust takes time. The knee-jerk response to defund the police should be transformed to defend the police. How? Combine training and education for the candidates who have been qualified through the screening process and now face the police training academy.   Develop people skills that promote speaking to groups and working with future leaders. Emphasize compassion and programs designed to educate the employee about victims of all crimes and treat others as so-called customers in many situations. In the end, policing will be reformed to mirror the model of Sir Robert Peel.