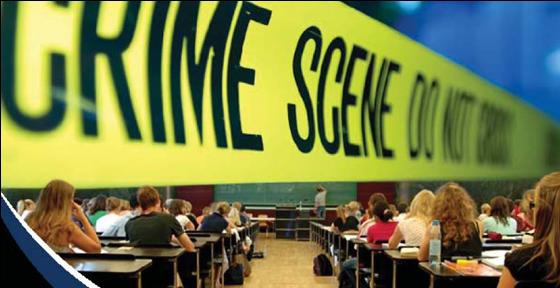 One report is titled “The Final Report and Findings of the Safe School Initiative: Implications for the Prevention of School Attacks in The United States.” The document deserves to be studied in its entirety, but it highlights 10 key findings, which are as follows:

– Prior to most incidents, other people knew about the attacker’s idea and/or plan to attack.

– Most attackers did not threaten their targets directly prior to advancing the attack.

– There is no accurate or useful “profile” of students who engaged in targeted school violence.

– Most attackers engaged in some behavior prior to the incident that caused others concern or indicated a need for help.

– Most attackers had difficulty coping with significant losses or personal failures. Moreover, many had considered or attempted suicide.

– Many attackers felt bullied, persecuted or injured by others prior to the attack.

– Most attackers had access to and had used weapons prior to the attack.

– In many cases, other students were involved in some capacity.

It is important to note that although these findings were published in 2002, they are still a factor in attacks throughout America.

Another report is titled, “Threat Assessment in Schools: A Guide to Managing Threatening Situations and to Creating Safe School Climates.”

This document also deserves to be studied in its entirety. But for the sake of brevity, it highlights the 10 findings in the safe school initiative report and encourages fostering a culture of respect and breaking the “code of silence.”

This study also emphasizes that the primary purpose of a threat assessment is to prevent targeted violence.

– Schools should seek to intervene with students before their behavior warrants legal consequences.

– Students were most often motivated to plan a school attack because of a grievance with classmates.

– Students are best positioned to identify and report concerning behaviors displayed by their classmates.

– The role of parents and families in recognizing concerning behavior is critical to prevention.

– Removing a student from class does not eliminate the risk they might pose to themselves or others.

– Students displaying an interest in violent or hate-filled topics should elicit immediate assessment and intervention.

– Many school attack plots were associated with certain dates, particularly in the month of April.

It has been my privilege to share findings from the Secret Service Report to educators, staff and law enforcement throughout the United States.

But, in my opinion, these reports need to be complemented by the Preventive Pedagogy of Education, which I have also incorporated into my presentations and articles.

These are some of the principles of the Preventive Pedagogy of Education that are critical to safeguarding our schools and developing a nation of character. They must be cultivated in America’s schools, and are applicable not only to teachers but to law enforcement, especially school resource officers, and all staff:

– Teachers inspire admiration, as they care for youth entrusted to their care.

– Teachers are respected as individuals with character and motivate the same in their students.

– The edifice of the preventive system is character and its pillars are respect, responsibility, fairness and citizenship.

– A vigilant presence is exercised to prevent inappropriate behavior and reward proper behavior.

– Improvements with behavior are motivated through kindness and respect rather than punishment.

– A collaborative and speedy intervention to warning signs takes place due to the educator’s presence and awareness.

– Discipline can be as effective as an expression of disappointment or a reproachful look because the student admires the teacher and is loyal and respectful.

– Students are affirmed for their qualities and do not lose heart when mistakes are made because the educator emphasizes the good in the student and encourages them through a positive attidtude.

– Students are encouraged to do what is right through the teacher’s patience, guidance and understanding. 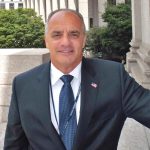 About the Author: Vincent J. Bove, CPP, is a national speaker and author on issues critical to America with over 300 published works. Bove is recipient of the FBI Director’s Community Leadership Award and former confidant of the New York Yankees. He is co-founder of Global Security Resolutions and served as spokesperson for a coalition of Virginia Tech tragedy families of victims. His most recent books are “Reawakening America” and “Listen To Their Cries.”